Skip to content
SUPERYACHTS AND HELICOPTERS FUN AND DISASTER: TWO SIDES OF THE SAME COIN!

FUN AND DISASTER: TWO SIDES OF THE SAME COIN! 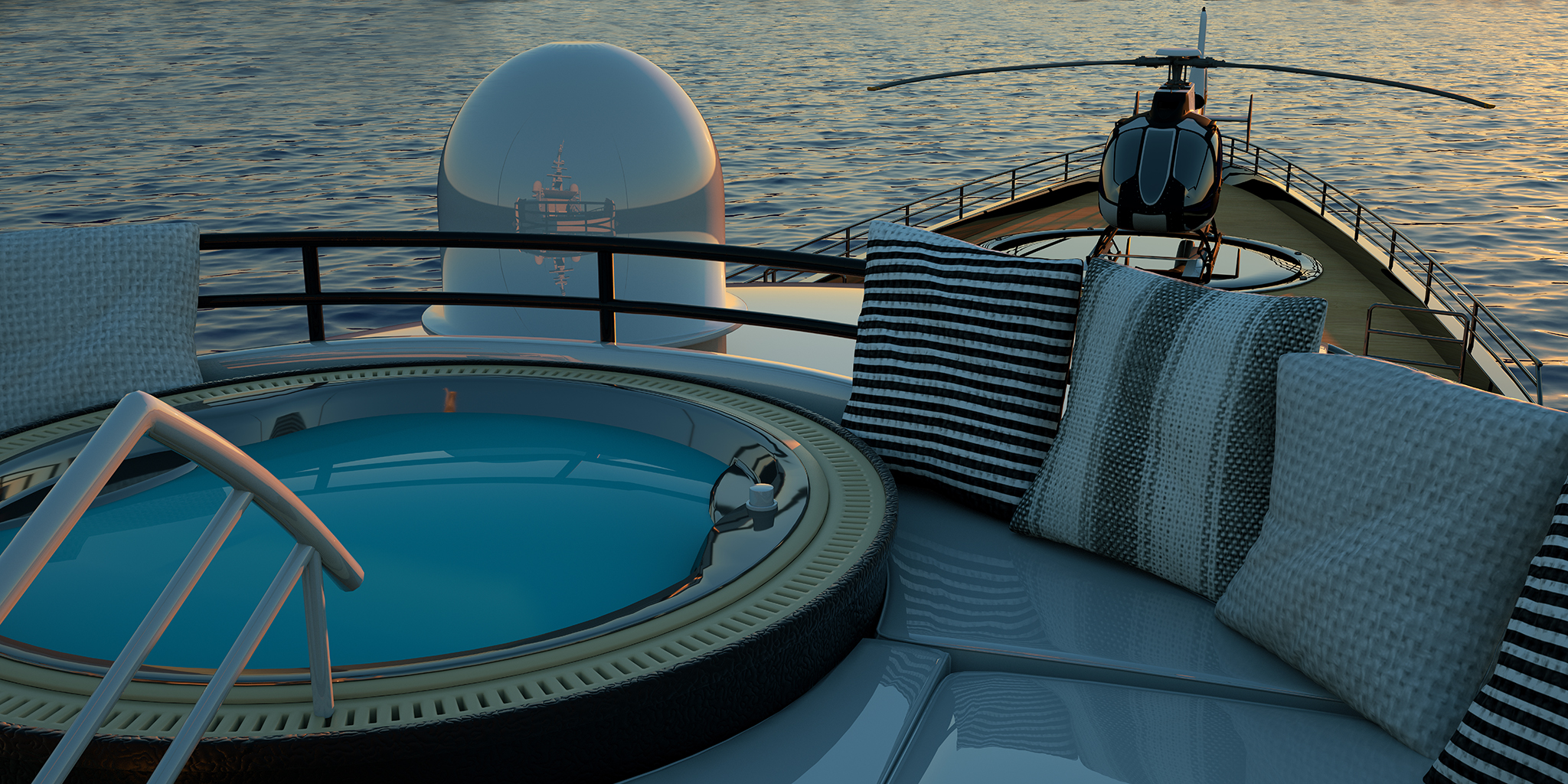 Norway, May 2017, coast of Bergen: while the helicopter Airbus AS350 Ecureuil was landing on the Bacarella, a 60 Mt. yacht, the on-board camera framed an object raised in the air by the main rotor: the disaster was inevitable!

The AS350 pilot saw the covering rise and tried to avoid it by starting to go higher but the cover, unfortunately, hit the main rotor, causing him to lose control of the helicopter, which ended up at sea. The pilot reported: “It crossed the main rotor that cover was tailor-made to hide a newly installed fuel depot on the heliport.”

Events like this one can be considered only bad luck events?

A few years ago, was impossible skiing on the top of a mountain and after a few hours, sunbathing on a superyacht,

Nowadays, the increase in the size of the Superyachts has determined an increase in the use of helicopters in this sector: the wider deck spaces are and greater is a possibility for shipowners to use ever-larger “plaything”. Arriving on board by helicopter, as well as extremely cool, has the obvious advantage of saving time on arrivals and departures for the owner and his guests.

The helicopter is also the fastest and coolest way to reach an onshore destination, such as the top of a mountain in the Aeolian Islands or the roof of a 5-star hotel in Monte Carlo for a VIP event.

It offers a unique view from the top, it can be used to locate the next mooring in the yacht’s itinerary, but it can be a great way to reach remote cliffs and places for snorkelling and diving.

Nature lovers can spot schools of fish, and with a little luck, whales and cetaceans.

There is no doubt that the use of the helicopter, in combination with an S/Y, guarantees the owner to maximise the fun, saving time, and allowing his guests to discover places that they would rarely see with such ease and comfort.

That is why, from touch-and-go helipads to helicopter hangars, more and more S/Y now combine transport with exploration and all-round fun.

CAN THE DISASTER BE AVOIDED?

Obviously yes, as long as some rules are followed:

As we have already observed in the article “ S/Y and Family Office: Yes or no?“, The choice of the kind of S/Y to be realized or the refitting mode, require global, extremely complex and technical evaluations, which the family officer or starchitects very often are unable to perform without the help of expert supervision.

Therefore, the co-presence of qualified consultants able to transmit the technical knowledge and principles to the shipyard to minimise the risks of accidents is fundamental. A careful design also allows the owner to save a lot of money, avoiding design changes during construction.   This is even more important for smaller units, with smaller surfaces, compared to mega yachts.

If it is true that, before working on board a S/Y dedicated to charter activity, the crew must get an STCW ( Standards of Training, Certification and Watchkeeping for Seafarers ), and also a fire-qualification, it is also true that the STCW qualification does not prepare the crew for the additional risks deriving from operations that involve a helicopter.

It is essential that the crew knows the specific techniques for helicopters and helipads. They must attend dedicated training courses, which provide the crew with the basic knowledge to work with helicopters in the sea.

The entire crew should be prepared because the deck crew could be doing a different task during the operations of drop-off and drop-in of the helicopter. These situations require the intervention of other crew members who may not be adequately trained to act and react to an emergency.

It is clear that a basic or advanced knowledge of helipad operations must always be integrated with common sense!  To reduce effectively the risks, the crew must be aware of all the consequences of using the helicopter on board.

However, lack of space, night flight, pitching, rolling, direction and strength of the wind and many other factors can cancel a helicopter trip.

Military pilots dedicate years of training to landing and take-off on moving ships. Pilots of private helicopter will hardly have such preparation.

If an S/Y is used for private management and not for charter activities, it will have its own helicopter and pilot: in this case, the (minimum) requirements on safety are very limited and the choice, whether to try or not a manoeuvre, it is all in the hands of the pilot and the captain of the S/Y.

If instead the S/Y and the helicopter are hired, the Customer’s request for a landing in difficult weather-and-sea conditions will come up against a safety regulation certainly more strict than for a private use of the vehicle.

The Superyacht and helicopter is certainly a perfect union, but only if there is a careful and scrupulous planning and risk management in every phase of the process: accidents can be avoided through advanced training and a complete knowledge of every situation and circumstance. In these cases, nothing can be left to chance.

The captain and the pilot must be ready to say NO to the shipowner in situations in which a landing or take-off manoeuvre may become, even if only potentially, dangerous because the consequences of a possible “hazard” can be lethal!

May the wind always be at your back, both in the sea and in the sky!