Skip to content
BASE NAUTICA FLAVIO GIOIA SPA AND SUPERYACHT DIVISON: A PROJECT TURNS INTO REALITY

BASE NAUTICA FLAVIO GIOIA SPA AND SUPERYACHT DIVISON: A PROJECT TURNS INTO REALITY

Last year I had the pleasure to be invited to BLUE MED ECONOMY GAETA to talk about the potential and the positive economic effects of the opening of the Gulf of Gaeta to the Superyacht segment (my speech here : https://lnkd.in/dcjXvav)

One year later, despite the unfavorable events that have affected us all, I can only be proud to see that the “SuperYacht Division” project, in which the BASE NAUTICA FLAVIO GIOIA SPA has strongly believed and of which we are promoters and Legal Counsel, has finally taken shape and concreteness.

A few days ago, at the Shipyard Division of the #Marina, the refit operations of the Explorer MMM, #Motoryacht launched by the Dutch Shipyards Amels in 1993, 49.20 Mt. long and 630 Ton, with steel hull and aluminum superstructure, designed for the exteriors by Terence Disdale Design and Peter Marino for the interiors, one of the first yachts equipped with diesel-electric propulsion and a #helicopter hangar.

We were on board and resumed the moment of #docking.

There are many legal and operational aspects to consider when a SY entrusts #refit operations to a #shipyard and we will talk about them in the next posts. 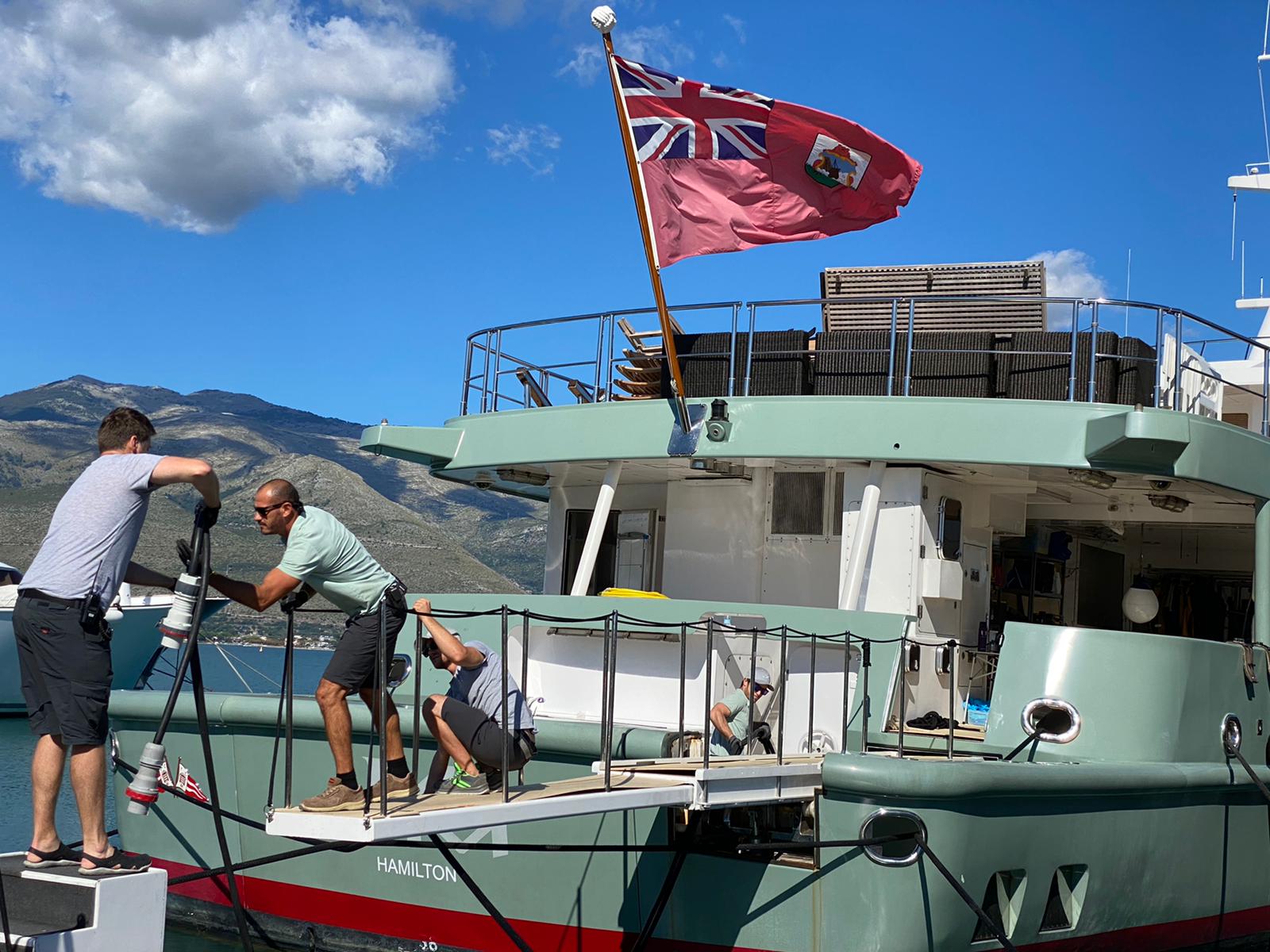 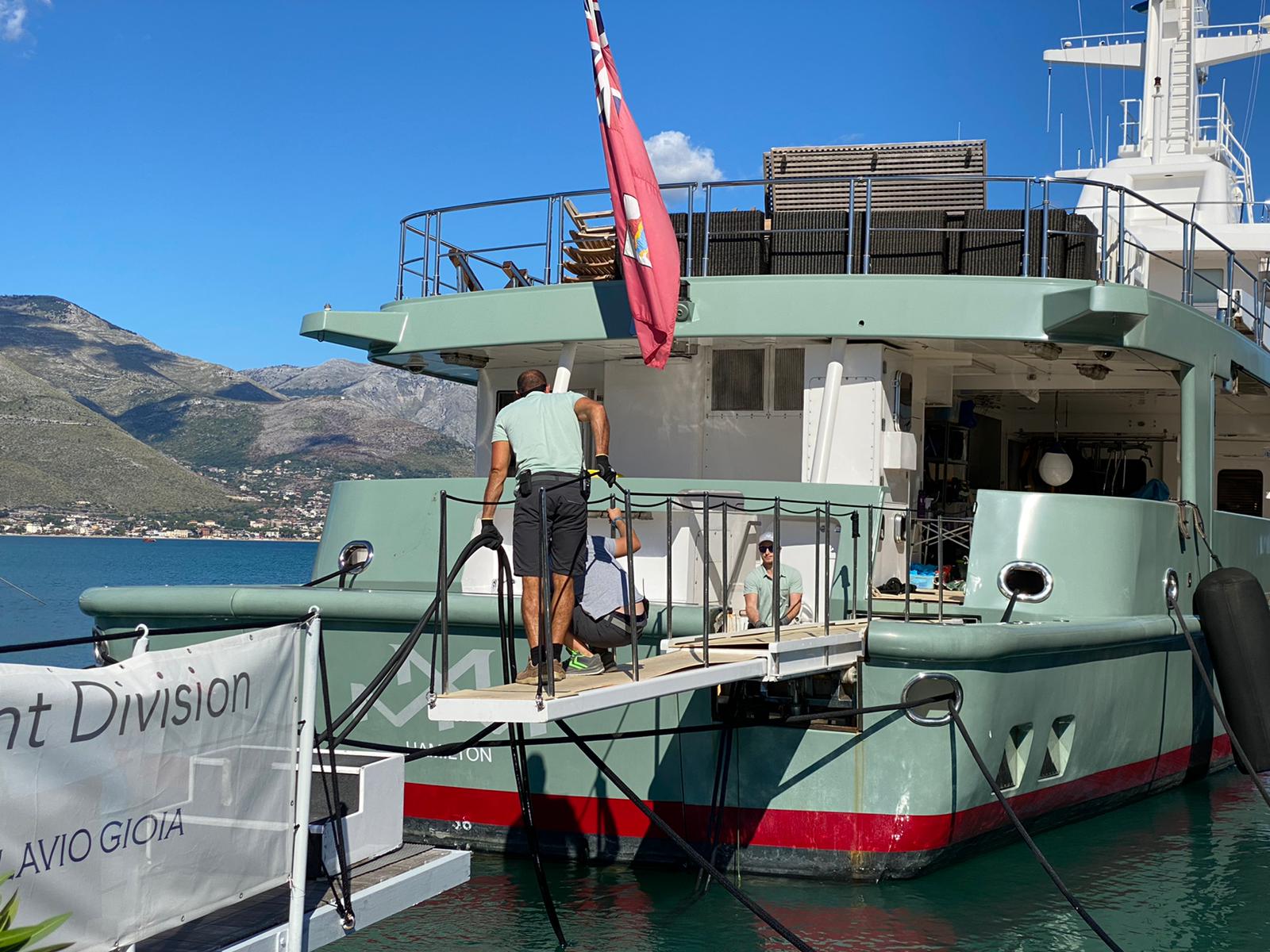 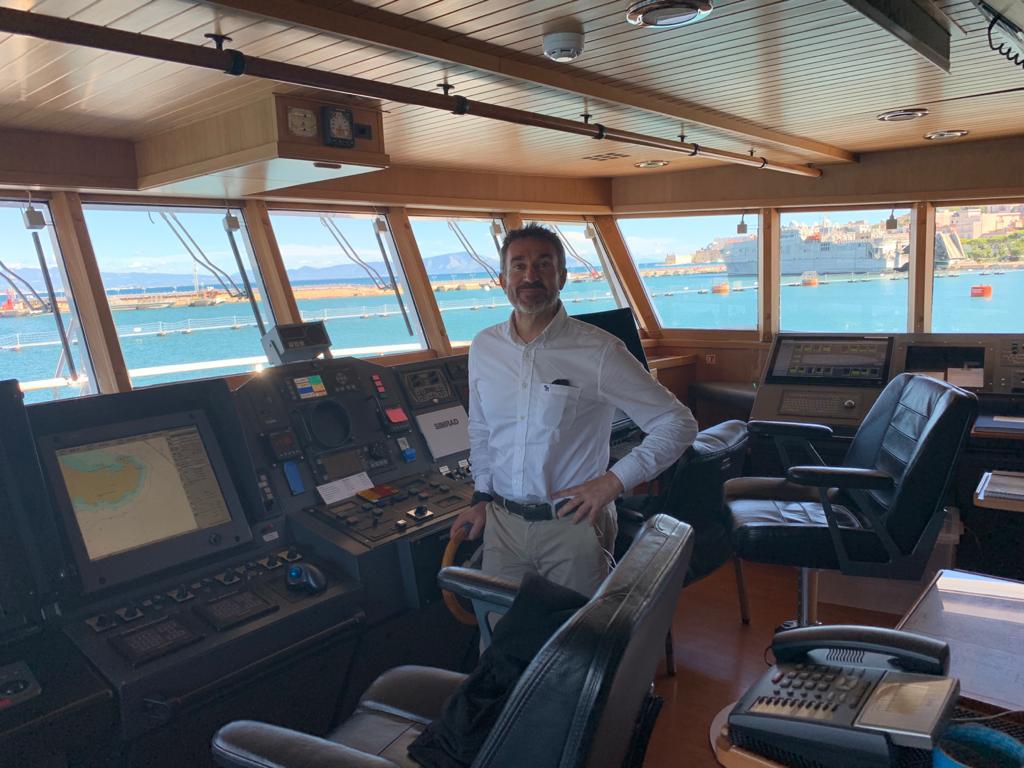 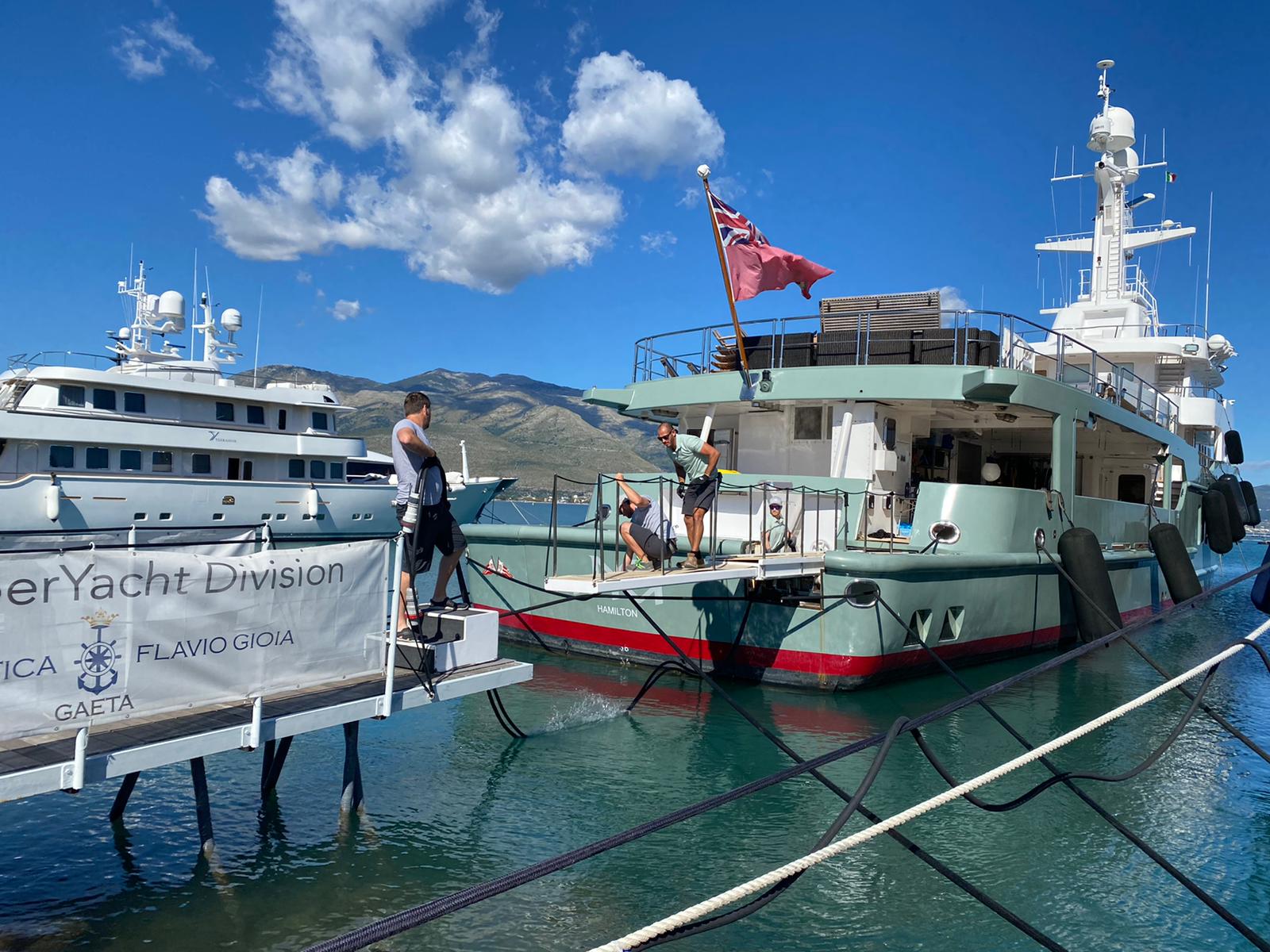